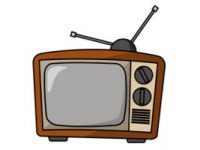 And her name is Frankie Drake.  The producers of Murdoch Mysteries have developed a new TV series starring a female sleuth and her savvy sidekicks.  Follow Frankie, her partner Trudy, morality officer Mary, and morgue attendant Flo, as they take on cases the police won’t handle, or can’t handle, in 1920s Toronto.

Be on the lookout for reporter Ernest Hemingway, who always wants the inside scoop on the latest scandal, and Nora Amory, Frankie’s unorthodox, back-from-the-dead mother.

Airing after Murdoch Mysteries on CBC on Monday nights, The Frankie Drake Mysteries is a new series not to be missed, as the women take on Toronto and its criminals.

One thought on “There’s a new detective in town…”