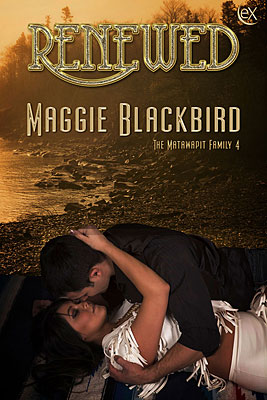 When two former enemies fall in love, family secrets threaten to destroy their fragile union and everything they hold dear.

With their extreme ideas about traditional Ojibway life, the radical Kabatay clan have made enemies in their fight to rid the reserve of Western culture and its religion. Disowned by her family for daring to love the church deacon’s eldest son, Jude, Raven Kabatay longs to put an end to the feud started by her mother, brother, and sisters against the Matawapits…people she’s come to think of as her own since Jude changed her life.

Jude Matawapit suffered a humiliating divorce after his wife left him for another man, but with Raven, he’s created a beautiful, new sanctuary after losing his previous one, and his new haven is everything he’s ever wanted for himself and his children. Only two things could destroy his pristine bliss: the secret he holds close to his chest, and the vengeance Raven’s family wants to exact on the Matawapits. A secret and vengeance that could cost the unlikely lovers their hard-won, much longed for happily ever after.

You can purchase a copy at eXtasy Books or one of these retailers: 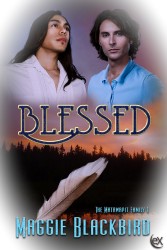