Today, I’m hosting author Valerie Ullmer’s latest release Leading Man, book one in the Hollywood Heartthrobs series, a m/m contemporary romance. Be sure to read my review. And don’t forget to enter the Rafflecopter giveaway. 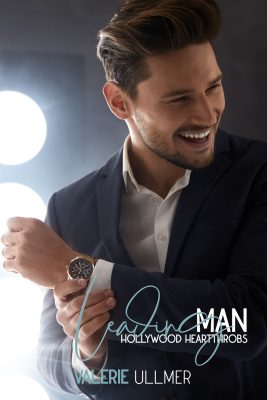 Gorgeous movie star, workaholic, and the ultimate laid back, can’t-help-but-love-him kind of guy.

Oh, did I mention gorgeous?

But the reason I, Westley Lee, hid my attraction to the man was two-fold.

I loved my job. As his personal assistant, he depended on me and I’d come to crave being wanted by him, even though it wasn’t exactly as I imagined. Also, being part of his life, even in the peripheral, was better than not being with him at all. And while it screamed desperation on my part, every intimate thought I had about him was locked in the recesses of my mind as I kept up appearances.

Until one night changed everything.

Seeing Spencer in pain crumbled all the walls I’d built between us to protect my heart. And in a moment of pure weakness, he saw through my barriers and I was unable to keep him in the dark about my feelings.

But will we find our happily ever after when a threat endangers our entire future?

Note:  It is part 1 of a 3 book series but does not end on a cliffhanger. 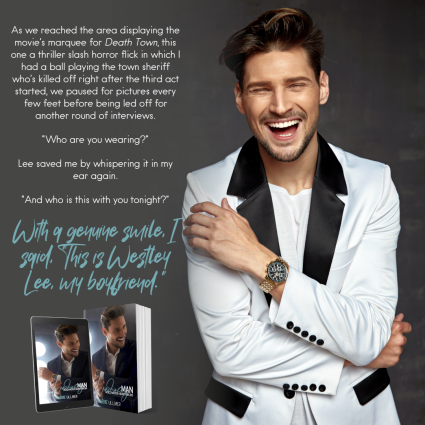 The downside, or sinful temptation as I defined it, of living behind the man and being involved in everything from having groceries delivered, overseeing the few household staff he employed on a part-time basis, and having full access to his house and his finances was my life became inundated with everything Spencer Atreus.

The man was stunning. The fact he was also a straight cis movie star with people always wanting something from him or craving the man himself never went to his head, and I refused to be a sycophant.

Regardless of the images flashing behind my eyelids of the man with a gorgeous smile and beautifully sculpted body and what he could do to me in that bed, I locked all the fantasies down in the private recesses of my mind and drifted off as blackness descended.

A familiar, yet distant ring jolted me out of bed. I tried to blink the sleep from my eyes, but the gritty, dry discomfort meant I’d left my contacts in when I’d dropped off into slumber. Ignoring the irritation blinking caused and concentrating on the insistent sound, I scrambled toward it and on the fourth ring, I answered with a short, “What?”

All the years of daily reminders I’d given, lecturing at him about how much I hated being called by my last name, Spencer refused to call me anything else. But at that moment, I shoved back my irritation as the urgency in his voice caught me off guard and worst-case scenarios ran through my head.

There was a shuffling, as though the phone was being wrestled away, and then another voice came on the line. One I avoided at all costs.

“Hey, sexy? Someone threw a punch, and it struck—”

“Where are you?” I demanded in a low growl.

I whipped around and strode toward the bathroom, holding the phone against my ear with my shoulder, and washed my hands. After I cleaned my fingers, leaving them wet, I yanked the dried contacts from around my corneas and sighed in relief. I added eye drops to clear up the redness and irritation. In a rush, I cleaned my glasses before I pulled on some jeans and a long-sleeved shirt. It was March in California and the nights could get cold.

He was still rambling about something that had nothing to do with the current location of one Spencer Atreus, so I barked, “Where?”

Not proud of my actions, I hung up on Spencer’s friend and constant flirt, Mason Dawes, and stuck my feet in sneakers before I snagged my keys and wallet, locked up, and started up toward the main house.

It wasn’t as though I didn’t like Mason. I hadn’t allowed myself to get to know him because something about the man felt… off, and so I avoided him. He was never serious about anything, aside from maybe his career, and I refused to tolerate his attempts at chatting me up. Although it’d never come up during my employment with Spencer, Mason spotted me at Bayou, a West Hollywood gay bar early in my employment. That night, I tried finding another man who’d allow me to get over the stupid fascination I had with Spencer, but it was one of several nights of turning down offer after offer before I understood I’d have to live without. There was no substitute for Spencer in my eyes. And as far as I knew, Mason hadn’t yet told his friend. 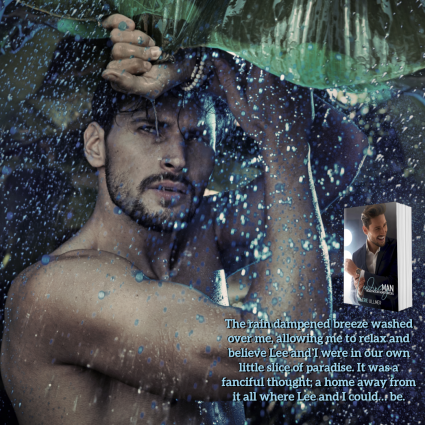 First off, I enjoy a good Hollywood romance, so when the book came up for review, I was in.  Westley Lee, or “Lee” as he’s known is the personal assistant to Hollywood hunk Spencer Atreus.  Although Lee has it bad for Spencer after working for him for years, he’s never acted on his feelings.  Lee is a consummate professional and doesn’t believe in mixing business with pleasure.  Plus, he loves his job too much to get involved with a client—and he also believes his client is straight.

As for Spencer, he’s as introverted as Lee, but he hides it from Hollywood.  When Spencer’s in a room with dozens of fawning people, he’s polite but keeps his emotional distance from others.  He loves acting, loves it to death, but he doesn’t care for the industry’s games he has to play that go with being a leading man.

Then there is Mason, Spencer’s BFF.  Mason is a Hollywood brat, son of Hollywood royalty and believes he can do whatever he wants without any repercussions.  What Mason wants, Mason gets.  And Mason wants Lee.

First off, I did enjoy the setup of the novel.  It’s an excellent premise.  Both characters are extremely likeable.  It’s told in first person POV and alternates with each chapter.  There is the glamorous setting of Hollywood, but it doesn’t overshadow the romance that is centred on Lee and Spencer.

I liked the plot device to throw them together when Spencer is hurt and Lee, being his assistant, tends to his needs.  This naturally brings them closer together.  It was very believable for Lee to drop his guard.  And the progression of the romance was also well executed.

They do have trouble, though, with Mason.  He’s been cut from Spencer’s circle of friends after pulling the unforgivable and being such a Hollywood brat, he’s out for revenge.

I must say I adored Spencer’s manager Maggie.  It was refreshing to see her present, a savvy female presence to balance all that testosterone.

Has the plot device been used before?  Yes.  But the author does such a great job of making Spencer and Lee climb that hurdle that I didn’t mind at all.  Like I said, they’re two great characters and they had great chemistry.  Do I wish Spencer would have been a wee bit more Hollywood?  Yes.  He did come across more as a working professional than Hollywood’s leading man.  Still, this didn’t deter me from enjoying the novel.

Do yourself a favour and get yourself a copy.  It’s a short read and part of a series focused on Hollywood heartthrobs. 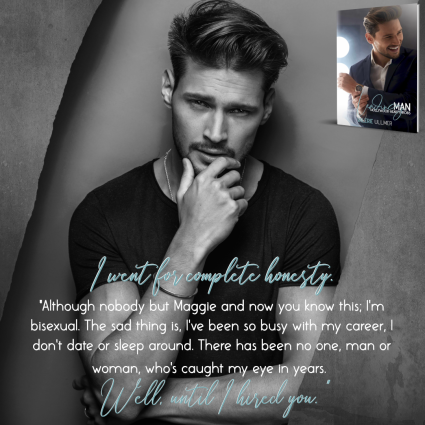 Valerie resides in Denver, Colorado with her husband.  While she had been interested in writing a romance novel for years, it wasn’t until she wrote her first book that she really became hooked, and now she can’t stop.  She has notebooks full of ideas, and she plans to write most of them in the years to come.

When she’s not writing or learning about the craft of writing, she can be found surfing the internet way too much, watching Investigation Discovery and thinking that her neighbors are up to no good, and finding new ways to get her husband to laugh.

Enter the Rafflecopter Giveaway for a chance to win a $25 Amazon Gift Card. 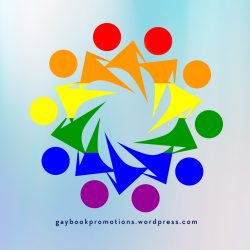