I am proud to announce that Sanctified, book three in the Matawapit Family Series, is now available.  Read on to find out what inspired the book and the series.  And don’t forget to enter the Raffelcopter giveaway.

I always get asked the question:  What inspired you to write this book?  And I always reply:  Blessed, book one, started out as a short story and I expanded it to a novel.  While I was drafting, I wanted to give Emery’s older brother and sister, Jude and Bridget, stories of their own.

Back in the 1880s, Prime Minister John A. McDonald, while in the House of Commons, said the following about Canada’s Indigenous People, “When the school is on the reserve the child lives with its parents, who are savages; he is surrounded by savages, and though he may learn to read and write, his habits and training and mode thoughts are Indian. He is simply a savage who can read and write. It has been strongly pressed on myself, as the head of the Department, that Indian children should be withdrawn as much as possible from the parental influence, and the only way to do that would be to put them in central training industrial schools where they will acquire the habits and modes of thought of white men.”

The Indian Residential Schools had a devastating impact on the children who attended them (my dad, my uncles, my aunts, my grandparents, and many other people I know).  This devastation trickled down the bloodline to what is known as inter-generational trauma, not only impacting the children, grandchildren, and great-grandchildren of the attendees of the schools, but Indigenous communities all over Canada as a whole.

The Matawapit Family Series addresses the inter-generational trauma that not only Jude, Bridget, and Emery experience, but also how the schools affected their love partners in the books:  Raven Kabatay (family enemy), Adam Guimond (an ex-fiance out on parole), and Darryl Keejik (an ex-lover out for vengeance).  And the impact the school has on the fictional Indigenous community of Ottertail Lake.

Writing about the problems the First People of Canada face, with a big dose of romance in each novel or story, is near and dear to my heart.

I submitted the fourth book of the series to my publisher, eXtasy Books, on September 13, 2019.  I’m also working on three short stories for the following holidays:  American Thanksgiving, Christmas, and Valentine’s.  From there, I’ll move on to a standalone novel.  Afterwards, I plan on addressing another big problem Canada’s First People faced and still face, which is the devastating Sixites Scoop and its impact on the children who were “scooped,” and of course, the inter-generational trauma of their children and grandchildren.

THE MATAWAPIT FAMILY:  In the wilds of Northwestern Ontario, the adult children of a domineering Ojibway church deacon find their faiths crumbling and their beliefs faltering when a vengeful former lover, an ex-fiancé out on parole, and a seductive family enemy challenge Emery, Bridget, and Jude in a duel of love, loyalty, and values that threatens to destroy their perfect Catholic lives and family.

In the midst of a battle for leadership at their Ojibway community, two enemies of opposing families fall in love…

Blurb:  After suffering a humiliating divorce, infuriated Catholic Jude Matawapit bolts to his family’s Ojibway community to begin a new job—but finds himself thrown into a battle for chief as his brother-in-law’s campaign manager. The radical Kabatay clan, with their extreme ideas about traditional Ojibway life, will stop at nothing to claim the leadership position and rid the reserve of Western culture and its religion once and for all, which threatens not only the non-traditional people of the community, but Jude’s chance at a brand-new life he’s creating for his children.

Recovering addict Raven Kabatay will do anything to win the respect and trust of her older siblings and mother after falling deep into drug addiction that brought shame and anger to her family. Not only does she have the opportunity to redeem herself by becoming her brother’s campaign manager for chief—if he wins, she’ll have the reserve’s backing to purchase the gold-mine diner where she works, finally making something of herself. But falling in love with the family’s sworn enemy—the deacon’s eldest son, Jude—will not just betray the Kabatay clan. It could destroy everything Raven believes in and has worked so hard for. 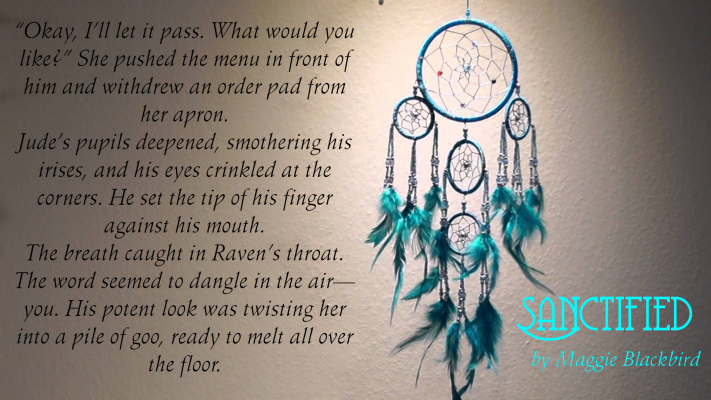 A single woman battles to keep her foster child from his newly paroled father—a dangerous man she used to love.

Blurb:  Bridget Matawapit is an Indigenous activist, daughter of a Catholic deacon, and foster mother to Kyle, the son of an Ojibway father—the ex-fiancé she kicked to the curb after he chose alcohol over her love. With Adam out on parole and back in Thunder Bay, she is determined to stop him from obtaining custody of Kyle.

Adam Guimond is a recovering alcoholic and ex-gangbanger newly paroled. Through counseling, reconnecting with his Ojibway culture and twelve-step meetings while in prison, Adam now understands he’s worthy of the love that frightened him enough to pick up the bottle he’d previously corked. He can’t escape the damage he caused so many others, but he longs to rise like a true warrior in the pursuit of forgiveness and a second chance. There’s nothing he isn’t willing to do to win back his son—and Bridget.

When an old cell mate’s daughter dies under mysterious circumstances in foster care, Adam begs Bridget to help him uncover the truth. Bound to the plight of the Indigenous children in care, Bridget agrees. But putting herself in contact with Adam threatens to resurrect her long-buried feelings for him, and even worse, she risks losing care of Kyle, by falling for a man who might destroy her faith in love completely this time.

A mixed-blood Catholic seminarian struggles to discern his true calling: the priesthood or his ex-lover, a proud but damaged Ojibway man.

Blurb:  It’s been ten years since Emery Matawapit sinned, having succumbed to temptation for the one thing in his life that felt right, another man. In six months he’ll make a life-changing decision that will bar him from sexual relationships for the rest of his life.

Darryl Keejik has a decade-long chip on his shoulder, and he holds Emery’s father, the church deacon, responsible for what he’s suffered: the loss of his family and a chance at true love with Emery. No longer a powerless kid, Darryl has influence within the community—maybe more than the deacon. Darryl intends on using his power to destroy Deacon Matawapit and his church.

Hoping to save the church, Emery races home. But stopping Darryl is harder than expected when their sizzling chemistry threatens to consume Emery. Now he is faced with the toughest decision of his life: please his devout parents and fulfill his call to the priesthood, or remain true to his heart and marry the man created for him. 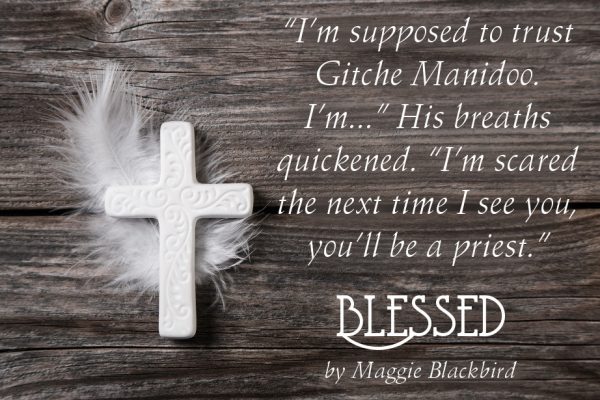 Enter for a chance to win a $25.00 eXtasy Books/Devine Destinies Gift Certificate.
a Rafflecopter giveaway

Tonight, Monday, September 30, 2019, at 8:00 Eastern Standard Time, I will also be hosting a release party at the official eXtasy Books/Devine Desinties Facebook Group, the Book Carousel.  Just click the banner to be taken to the party!  There will be giveaways and games!

3 thoughts on “Sanctified is now available!”