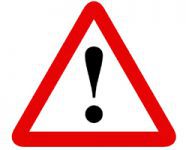 Do you enjoy a serving of fantasy with your romance?  Even some paranormal?  Did you ever make a wish as a child for your imagery friend to come true?  Then you’d better be careful what you wish for.  Why?  Because author Addison Carmichael brings it to life in her Guarded Trilogy.

Currently in the works is another project Addison is working on, and I’ll be reviewing this novel once it’s released.  So stay tuned for my thoughts on this book.

In other news, Addison’s re-launching her web site.  And from what I’m hearing, you can expect an exciting time at the re-launch party.  I’ll have more information in the near future.

Here are the books in Addison’s Guarded Trilogy:

What would you do if your fantasy love came to life?

It wasn’t weird that Sandy Koufax dreamed of Peter throughout the years. Everyone has imaginary friends growing up. Particularly if you’re a lonely foster kid in the system.
But just as Sandy comes of age and stops believing in the impossible existence of her perfect fantasy guy, she strangely receives a cupcake and candle with a notecard that reads:

Happy Birthday, Sandy.
Make a wish. I promise it will come true.
And you know I always keep my promises
—Love always, Peter.

Yet, as the saying goes—be careful what you wish for. All is not as it seems. When Sandy miraculously spots Peter around her new home in San Francisco, this could very well be her dream come true. Or she may have opened the door to something mysterious and dangerous—from another world altogether.

And what if Peter isn’t the only one she accidentally brought over? When Sandy’s warned in yet another dream that there is now an assassin in her world determined to hunt down and kill her, a mimic able to take the image of even her coworkers and friends, she’s not sure who she can trust. Or who will help her escape him.

It’s been a year since Andee Peter’s father unsuccessfully sent an assassin through the dimensional veil to hunt down and kill her on earth, and she’s been living incognito with her Guardian Prime boyfriend Mick Barron in Roundup, Montana ever since. Now her Iroment king father, Lydon tel-Mortem, kidnapped her foster sister with the threat to kill the little girl unless Andee crosses the divide and faces him on their home planet of Noma where his own power is strongest.

But in the process of sending her military guardian to rescue little Marie, Andee falls down the dimensional rabbit hole instead, landing in Noma—alone.
Not in the modern metropolis of Umbrey she aimed for either, but in the wilds of neutral territory.

There she’s captured by a band of rebels led by a young, attractive mountain man who’s determined to find out who this strange young woman really is. And Leotner c-Tallega doesn’t plan to release Andee until she divulges her true identity, tempting her in ways that makes her want to confess to all kinds of things she didn’t do.

Andee Peters, the sole regal heir of Umbrey, now faces the ultimate challenge—to contentedly live her dream life here in this world, or return to Noma in order to fight her dictator father, Lydon tel-Mortem, for her family’s crown and stop a world war that would ultimately kill millions of people and enslave the rest.

That means not only choosing between two worlds, but between two loves—Mick Barron, her sexy Guardian Prime and the man of her earthly dreams, or Leotner c-Tallega, the dark, attractive prince of her country’s ally Cirkna and the father of her unborn child.

One choice Andee must make…

If she can survive her father’s ultimate trap.