The month of January is all about character interviews.  Today, I’m firing questions at Nick from Tim Smith’s latest release Out of the Shadows, book eight in the Nick Seven series, a mystery/thriller romance. 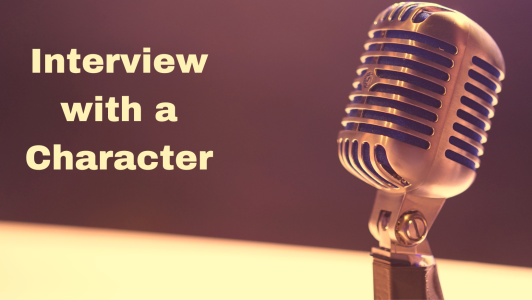 1. First off, tell us who you are (age, where you grew up, where you live now, etc.) and what role you play in the novel.

Nick:  My name is Nick Seven, and I currently reside in Key Largo, Florida. I’m in my early forties, and I am originally from Dayton, Ohio. I left the CIA several years ago after working around the world as an undercover operative. I’m the main character in this series of books, and I’m trying to live off the radar in the Keys with Felicia, my former co-worker and lover from Barbados. No matter how hard I try, though, something always comes up to drag us back into the world of intrigue.

2. Share with us your hobbies and interests, and why you enjoy them.

Nick:  I enjoy boating, fishing for local fresh catch, listening to jazz, and watching the most beautiful sunsets in the world. After leaving government service I acquired a bar and restaurant on the Gulf in Key Largo. Some of my best times are spent on the deck, taking in the scenery.

3. Tell us how you feel about being in a novel, and if you are happy with how your author presented you to readers.

Nick:  I’ve always been a private person, and sometimes I’m not sure I like being used as the plot for some adventure story. This Smith guy has presented me pretty well, I guess, considering the number of things in my past we can’t discuss. Since I always wanted to be the hero, it’s kind of flattering to read about my exploits, and I always come off pretty well.

4. If your author was to create another novel with you in mind, give us a quick blurb of what it would be about.  And be sure to give the title.

Nick:  This current adventure is the eighth book to feature me, and I’m not sure how many more we can do. I would like to do one where we’re away from the Keys in an exotic setting, like Cuba, and maybe call it “Havana Nights.” I could get involved with someone from the past that I have a score to settle with.

5. Which character in the novel do you like the most, and why?

Nick:  Obviously, I like Felicia, my live-in lover and light of my life. She completes me, we have great times together, and she’s sex on two feet. In addition to that, she’s tough and never hesitates to tell me when I’m out of line. I like that quality because it keeps me grounded.

6. Which character in the novel do you dislike the most, and why?

Nick:  The primary villain, a French con artist and weapons smuggler named Marco St. Julian. I’ve encountered him before, and he shows up in my world for no apparent reason. My past experiences with him remind me that he’s charming and ruthless. I describe him as “equal parts Cary Grant and Jack the Ripper.”

7. Tell us why we should read the featured novel and what we will find most intriguing about you.

Nick:  This is a quick-paced action thriller, lighthearted and breezy, set in an exotic locale with some great characters and situations. What I think you’ll find most intriguing about me is my sense of humor and my willingness to do the right thing while maintaining a balance. 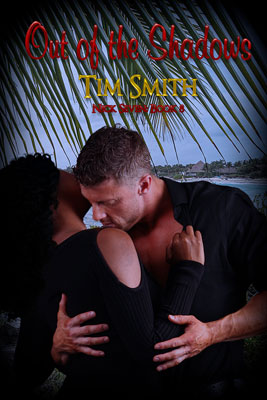 What does a former spy have to do to get some peace and quiet in his personal corner of paradise?

Blurb:  In the laidback ease of the Florida Keys, Nick Seven has carved out a life far removed from the intrigue that once defined his life in the CIA. He runs his trendy club on the Gulf, keeps a low profile, and enjoys the tropical setting with Felicia, his Barbadian lover and former co-worker.

After he sees a woman being killed at a resort, Nick finds himself thrust into an investigation where there is no corpse and no evidence of a crime. The police are busy with a string of high-profile home burglaries and don’t have time to look for his imaginary victim, so it’s up to Nick to investigate.

Then French con artist Marco St. Julian unexpectedly surfaces from Nick’s past. Are the incidents related? And what part does the wealthy young trophy wife of a convicted financial scammer play in all of this?

Throw in a career-hungry FBI agent, a mysterious Cuban crook and an ex-patriate Irish gunrunner, and it’s more than just another day at the beach.

Nick’s parasail ride was nearing its conclusion, and he felt himself descending as the boat slowed. Gary worked the crank, reeling in the tether line to bring Nick back to the flat landing area at the rear of the boat. He stretched his legs straight in front of him in preparation, then made a perfect landing on his butt. Gary quickly gathered up the parasail while Nick shrugged off the harness and scooted forward.

“Have a good time up there?” Felicia asked in her West Indies accent.

Nick ran his fingers through his hair. “Very relaxing, yet stimulating.”

“Whatever makes you happy, hon.”

In a few minutes they were underway, heading back to the dock outside the Sunset Resort. The small white sandy beach, one of the few in the Upper Keys, was half-filled with sun worshipers occupying chaise lounges and kids splashing in the warm water. Felicia positioned herself next to Nick, then held the camera in front of them to take a couple of selfies with the three-story hotel in the background.

After the boat was docked, Nick took out his wallet and gave Gary a ten-dollar tip. Nick and Felicia deboarded and walked along the dock to the beach, heading for the parking lot.

Felicia took a deep breath. “Beautiful day. I love it when the sky’s clear. Not too hot, either.”

“Maybe a little. Back home, I used to hit the beach nearly every day before I went to work.” She leaned in close and lowered her voice a notch. “Some days, I’d visit the clothing-optional one.”

Nick chuckled. “I always knew you were a closet exhibitionist.”

“Hey, if you’ve got it, you shouldn’t keep it hidden.”

He ran a lusty scan of her shapely bronzed frame, highlighted by a white mesh string bikini. “You’ve definitely got it.”

He stopped when they reached a railing that separated the beach from the sidewalk. Nick took the camera and stepped back a few feet.

Felicia leaned against the railing and rested her right arm on it. “You want casual or touristy?”

Felicia laughed. “I can’t give you that with all these people around.”

Felicia struck a pose with one leg bent slightly inward to show off her toned thigh, while giving him the sultriest look in her arsenal. After Nick took two shots, she requested a close-up. He zoomed in on her upper torso and face. Felicia brought her free hand up then raised her middle finger, while giving him a coy look.

Nick laughed. “Beautiful! That shows the real you.”

They walked to Nick’s Mustang convertible in the parking lot. He lowered the top for the drive home. After crossing U.S. 1, he merged with the northbound traffic on the other side of the median. The blowing wind felt good, offsetting the sultry Keys humidity of early Spring.

“What do you think about when you’re sailin’ up there?” Felicia asked.

Nick took a moment to compose a response. “Mainly how lucky I feel having you here.”

She rested her hand on his bare knee and gave it a squeeze. “You’re sweet. I feel pretty damn lucky, too.”

Nick gave her a sideways glance. “I don’t think you’ve ever said that before.”

“Then that’s my bad. I think back to the day a few years ago when you asked me to stay here with you instead of goin’ home after that op was finished. I thought we just got to enjoy each other for a little while and my time in your life was over. You kinda surprised me when you made your indecent proposal.”

“Askin’ me to shack up with you without offerin’ me a ring.”

He laughed. “Would that make you feel like an honest woman?”

“Not really necessary because I’m not that insecure. There are a lot of reasons why I’m glad I stayed here. It reminds me of home, there’s a lot to do, and we have fun together.” She hesitated. “And I have to admit, the sex is pretty damn terrific.”

One thought on “Tim Smith – Out of the Shadows”