Today, I have fellow eXtasy Books author A.J. Matthews in the inteview chair.  We’re discussing his latest release Night Flight to Babylon book four in the Veronica Nash Mysteries, a murder mystery. Don’t forget to check out the excerpt.

A.J.:  My favourite scene is Veronica Nash’s first experience of the ancient fort of Rutbah, in the Syrian desert. I think I described the old fort and the freezing night quite well.

2. What inspired you to write this book?

A.J.:  A snippet of news about the early days of airmail in the Middle East led me to research the early years of the nation of Iraq.

3. If you could spend time with one character from your book, who would it be? And what would you do during that day?

A.J.:  I’d probably spend the day with Veronica Nash’s lover and partner, the Honourable Claire Sibfield-Murray. She’s a brainy bundle of irreverent fun and I’m sure we’d get up to no good in London.

4. What do you love most about your two main characters?

A.J.:  Their relationship is based on true equality.

5. What makes you want to shake your two main characters?

A.J.:  Veronica can sometimes get too uptight about things that really don’t matter. Claire can occasionally become too snobby.6.

6. How did you come up with title for your book?

A.J.:  A vivid description of the hazards of early flights over the Great Syrian Desert in barely-reliable airplanes… well, the images that conjured were enough to pique my interest.

7. If your book was made into a film, who would you like to play the lead(s)?

8. If your book was a candle, what scent would it be and why?

9. If your book had a theme song, what would it be and why?

A.J.:  Ain’t Misbehavin’ ~ So redolent of the Roaring Twenties.

11. What would you tell a reader if they asked you why they should read your book?

A.J.:  I’d use the words of a reviewer – “Beautifully written, entertaining, and fun.” Think of a lesbian version of the classic Tommy and Tuppence novels by Agatha Christie.

12. What can we expect from you in the future?

Death in the desert.

Blurb:  A post with a fact-finding delegation to Iraq seems like the perfect way for Veronica Nash to escape troubles at home. When an official vanishes on the voyage out it looks like there’s more to the mission than meets the eye.

Veronica heard her name and a hollow knocking sound echoing through a dream about Claire. She mumbled and turned over.

In her dream, Claire smiled. “Lazybones,” she said, blowing a kiss.

“Mrs. Nash!” Her name came again, accompanied by an urgent knocking that finally penetrated her sleep.

Veronica opened gummy eyes and squinted through the half-darkness at the door to an unfamiliar room. The bed moved beneath her with a long, slow surge. She was its only occupant. Where’s Claire? Memory returned. It’s not our bedroom. It’s my cabin. Of course. I’m aboard the Princess of India, alone, at sea.

“It’s Steward Kristadasa, madam. Please, you must come at once.”

Alarmed, she sat up. “Is the ship sinking?”

“No, no.” The Goan steward’s voice conveyed impatience. “Please forgive the early hour, but there is an emergency. Sir Kenneth Messenger wishes to speak with you.”

“Sir Kenneth. Right.” She glanced at her travelling alarm clock on the bedside table. Half-past seven o’clock? “Wait a moment.”

Veronica wiped her face in tepid water from the vanity then chose clean clothing from the few items she’d unpacked the previous day. She dressed quickly and ran a brush through her fine blonde hair. She paused a moment to check the spot on her scalp where a murderer had torn out a clump of hair over four weeks previously. Enough had grown back, and a little judicious styling served to conceal the place. Once she thought herself presentable enough to face the delegation’s chief, she opened the door to the steward.

Mr. Kristadasa escorted her through the labyrinth of passageways and stairs up to Sir Kenneth’s suite in the first-class section. The steward knocked, opened the door, and ushered her into the cabin before departing.

Veronica found herself standing before Sir Kenneth Messenger MP, Minister without portfolio and chief of the fact-finding delegation to Iraq, of which she was a supernumerary member. Messenger sat writing at a desk beneath a closed porthole. The electric light cast his craggy features into sharp relief and set the grey at his temples in strong contrast to his thick, wavy black hair.

His principal aide, John Marsh, stood beside him, holding a sheaf of papers. On first acquaintance, she’d guessed Marsh to be in his middle thirties, but this morning he acted like a much older man.

Messenger turned around to regard her with penetrating dark eyes and a grim expression. “Good morning, Mrs. Nash.”

Veronica advanced into the cabin and stopped a few feet from the minister. “Good morning, sir. What may I do for you?”

He looked up at her from under thick greying eyebrows, his gaze sharp in spite of the early hour. “Do you know the whereabouts of Mr. Audley?”

Messenger shot a glance at Marsh, who frowned.

Veronica looked from one to the other. “Is there something wrong?”

Marsh addressed her. “Mr. Audley was supposed to be here for an early meeting an hour ago. When he didn’t show, we sent the steward to his cabin. Audley wasn’t there, and the steward reported that the bunk hadn’t been slept in. The fellow looked in the saloons and lounges, but he’s not in any of them.”

Messenger sighed and rubbed the bridge of his nose. “It seems Mr. Audley is missing.”

Marsh spoke up. “You were the last to see him, I believe, Mrs. Nash.”

“That was yesterday evening when I escorted Mr. Audley to his cabin because he felt seasick. I left him there at eight o’clock or thereabouts.”

Marsh gave her a doubting look.

Veronica stiffened with growing outrage. “Surely you’re not implying he spent the night in my cabin, Mr. Marsh?”

“Of course not,” he retorted, although by his expression, it was exactly what he’d implied.

“No one is implying anything, Mrs. Nash,” Messenger interposed, shooting a hard glance at Marsh. “Be that as it may, it seems Mr. Audley is missing. Since he became engaged recently to a lovely young woman, I very much doubt he’s wandering far afield, so to speak.”

“Is anyone currently looking for him?” Veronica asked.

“Not at present. I’ve notified the ship’s captain, and unless Audley shows up for breakfast, he’ll put out a call for him over the public address system. If that doesn’t produce a result, the captain has promised a search of the entire vessel will be conducted, beginning at nine o’clock.”

A.J. Matthews is a British author transplanted to the American Midwest, where there be dragons. Luckily, there is also Tea, home-made Digestive Biscuits, and marmalade. 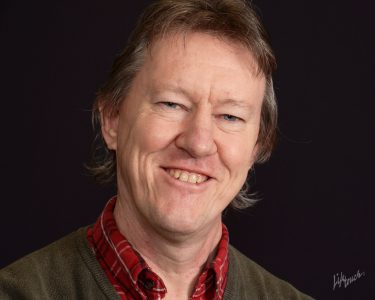