The month of August at my blog is all about where writers write.  During these next thirty-one days, I’ll be featuring those wonderful places where your favourite authors create their works of fiction (besides the usual blog posts). Today, I have Daryl Devoré in the interview chair.  We’re discussing her special writing spot.

1. Why did you choose this particular writing spot to draft your novel?

Daryl: This is where I write. This is where I’ve been writing for over a decade. I live in Canada. Our winters are long and cold. Right behind my laptop screen is a woodstove. In the winter, it is always on and this room is the warmest room in the house. I mean, it will get to t-shirt temperature. I love heat. The cats, also, love heat and are usually sprawled out on the carpet in front of the stove.

I have a table to my left where I can place my ever-present can of Diet Coke. So this is my comfy writing spot.

2. Share a story (funny or serious) that occurred at your favourite writing spot.

Daryl: I have learned never – NEVER – to leave my writing spot without having first saved my story. When my cat, Licorice, was a kitten, I went to answer the door and she proceeded to walk all over my keyboard. She completely edited the chapter I had been working on. Plus several rows of the letters. I think she was hissing at me.

3. Can you only write at this certain spot? Or is there another place that you like to write?

Daryl: This is where I write when I am at home. When I win the lottery and can afford my dream writing place, it will be on a tropical island, on the beach, in a hammock strung between 2 palm trees. Unless I am at my other dream spot, in a ski chalet in the Swiss Alps.

I wrote several chapters in an airport waiting lounge and kept on writing while we boarded and the plane took off. So yes, I can pretty much write anywhere.

4. How about the atmosphere. Do you need certain lighting, perhaps music, or silence? Do you lock the door to keep out the kids? Share what goes on while you’re writing.

Daryl: Atmosphere isn’t important. I can handle background noise and most distractions. Hence being able to writing in an airport. But I cannot have music on. I find music is too much of a distraction. Weird, I know.

My daughter is grown, so I don’t have to keep the kid out, but my husband has an innate ability to walk into the room and ask a random question right at the moment I have figure out the solution to a plot problem. Le sigh!

Daryl: This was fun, talking about my writing space. I love chatting with readers, so leave a question or comment and I will respond. 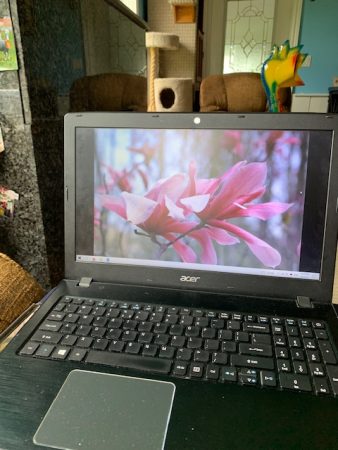 A prince. A dragon. An ancient sorceress. And a heart-breaking secret.

Blurb:  What do dragons, knights and romance have in common? Grab a copy of multi-published author Daryl Devore’s medieval fantasy romance – The Last Dragon and discover the answer.

A sorcerer craving dominance merged with a dragon, the power overwhelmed him causing him to split into three dragons. Demora ruled thought, but was lost in time. Yidithe offered protection, shining like the light of the sun. Ayrradex craved chaos, revelling in destroying souls.

Many knights died, attempting to slay the devil beast. One knight, Prince Hawkyns, did not fear death. He’d lost everything. Away on a mission when Ayrradex attacked his father’s kingdom, Penrythe, Hawkyns returned to find his noble father – feeble and defeated. His wise mother – crazed. His beautiful wife and unborn child – dead. Only a pile of ashes remained for him to bury. He knelt before his King and vowed to slay the devil-beast or be slain.

Derry was born with powers that terrified her parents. They delivered her to a nunnery to be raised in secret. Jathe, a wise sorceress, discovered the young girl and trained her to one day use the secret hidden in her soul.

Legends spoken around campfires hinted the sole way to destroy Ayrradex was when the hearts of a knight and a golden dragon became one. But after a vicious battle with Ayrradex, the golden dragon was thought to be dead.

Can Prince Hawkyns’s bravery and Derry’s powers end the reign of the devil-beast’s terror? 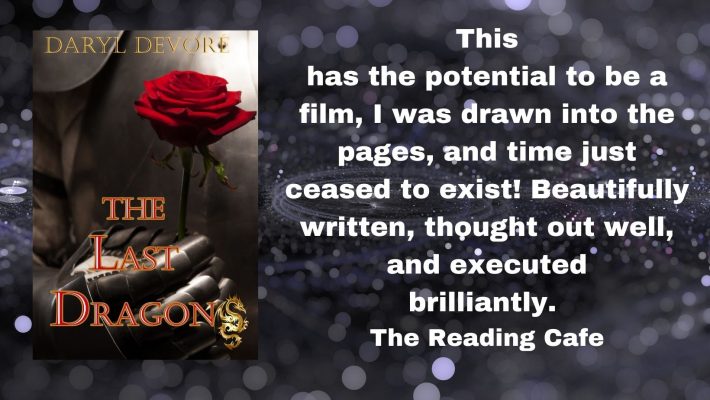 The clatter of metal interrupted their conversation. The abbot rounded the hedge’s corner, struggling with the load of a sword, shield and the reins of a saddled steed. He placed the armour on the bench. “These are for ye. They were left by a young knight who died.” The abbot nodded towards the abbey cemetery. “He lies yonder in our consecrated ground. The dragon was too much for him. I pray they will help ye protect the babe and defeat the scourge that plagues us.”

Hawkyns lifted the blade and checked it. He turned the shield. A wave of pain rolled off him and hit Derry. Cringing, she dropped to her knees. Hawkyns knelt beside her, concern covering his brow. She placed her fingers on his cheek. “Ye knew him? The knight whose shield that is.” She nodded towards the bench. “I felt yer pain.”

“Aye. I know this shield.” He held out his hand and helped her stand. “He was a brave knight. See, these interlaced annulets and shafted arrow. This is the shield of my younger brother, Adon. It will be an honour to carry his weapon.”

Screams filled the air. Derry gripped her head. The rage was too much. She could not push it away.

A monk raced to the side of the abbot. “People at the gate. With torches and knives and… and… The monastery is attacked. They want the babe.” He clutched at his chest, trying to inhale air.

Hawkyns slipped his arm through the shield’s straps and gripped his weapon. Derry could sense the anger building in him. It wasn’t evil anger. It was the anger of a knight knowing he must right an injustice.

“Derry, stay back here. Take the horse and hide in the herbarium. I will get the child and return.”

The abbot stood in front of Hawkyns, barring his attack. “Ye cannot kill anyone within the walls of the abbey. This is a place of peace. Of God.”

Hawkyns flinched. “But if they kill yer brothers?”

The monk lowered his head. “’Tis God’s will.”

Hawkyns’ knuckles turn white from the grip on his sword. Frustrated anger filled his brow.

Father Jacobus raised his hand. “Do not fight me on this, my son. Swear, in the eyes of God, that ye will not kill within the walls of Baswich Abbey.”

Hawkyns knelt and placed the point of his sword on the ground and rested his forehead on the cross-shaped hilt. “I swear I will kill no one on abbey grounds.”

The abbot made the sign of the cross over him. “Go. Save the child.”

Hawkyns stood then raced around the hedge and disappeared.

Two writers in one. Daryl Devoré writes hot romances with sexy heroes and strong heroines and sweet romances with little to no heat. She has several published books available on Amazon in e-book or print, and available at other book retailers via Books2Read.

Daryl (@daryldevore) lives in an old farmhouse in Ontario, Canada, with her husband and 2 cats. Daryl loves to take long walks on her quiet country road or snowshoe across the back acres, and in the summer, kayak along the St. Lawrence River. She has touched a moon rock, a mammoth, and a meteorite. She’s been deep in the ocean in a submarine, flown high over Niagara Falls in a helicopter, and used the ladies’ room in a royal palace. Life’s an adventure and Daryl’s having fun living it. 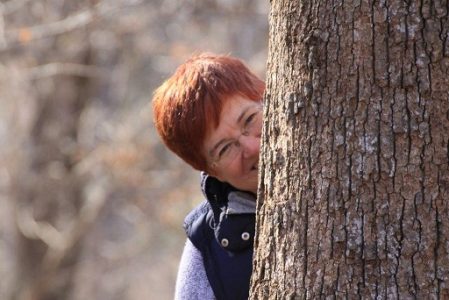