Toy Soldiers, book two in the When We Were Young series, is now available for pre-order.  Before the book goes live, here is the third and final excerpt for your reading eyes. 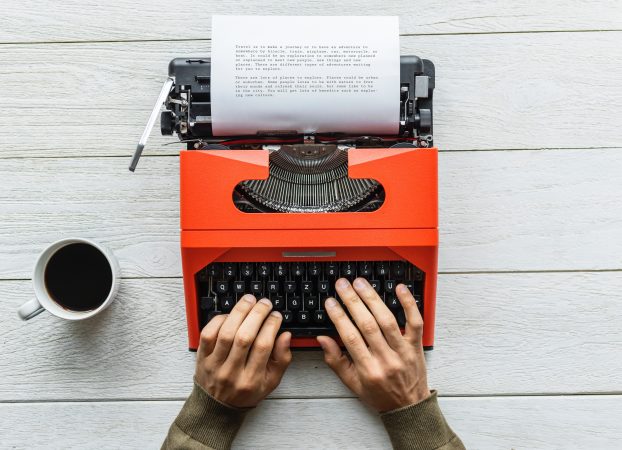 Once a thief, always a thief, and if he can’t win the heart of the boy he loves, he’ll steal it.

Blurb:  Billy Redsky’s made one of his biggest dreams come true, but there’s a problem. Even though the boy he loves is mere footsteps across the hall from his bedroom, they might as well live a country apart because claiming René Oshawee’s heart is more difficult than Billy anticipates.

Much to Billy’s disgust, René can’t accept his true self, so he’s incapable of loving someone else. And all he cares about is living a life the chief and his wife foresee for their youngest son.

If Billy is to finally have what he truly desires, he must stop René from running away from who he really is and face the man in the mirror, or what they share will never blossom into true love. 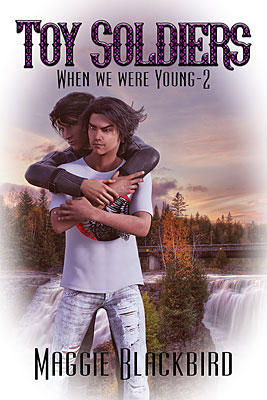 Billy sat with his legs bent at the knees to hold his sketchpad in place. The king-size bed was super-comfortable, probably the best mattress he’d ever slept on. Even though he had a bag of chips, a can of root beer, and Forensic Files playing on the TV, his page still remained empty of any kind of drawing.

Headlights flashed in his front-facing window at quarter after ten. René was finally home, having probably dropped off the float from the video store at his uncle’s place.

The TV show continued to play on, but Billy kept glancing at the clock on his nightstand. At ten-eighteen, footsteps padded down the hall. René must have heated his food in the microwave and was taking his plate to his room. He always turned off his bedroom lights around eleven.

Billy pushed aside his covers and set down his sketchpad. He left his room and opened the door to René’s, who sat on the loveseat, TV on low, eating the meal they’d had earlier of pork chops, mashed potatoes, and mixed vegetables. He also had a slice of apple pie they’d eaten for dessert.

“Hey…” His eyes brightened. He held his glass of milk.

At least Billy hadn’t gotten a disapproving frown. “Hey. Just get off work?”

“Yeah.” René sipped some milk and set down the glass. “What’s up?”

“I need to ask you something.” Billy ambled across the room. He pulled out the leather desk chair and sat.

“Another question?” René snickered. He cut into his pork chop. “I’m not surprised. You always have a million of them.”

This was even better since René had a sense of humor about it. Billy glanced at the TV where Forensic Files also played.

“Haha. You’re so funny.” He should have brought his root beer into the room. His hands needed something to do. “Anyway…uh…have you thought about where you’re going to school?”

The chair and the floor seemed to drop out from beneath Billy. “Wh-what? Seriously? B-but what about Lakeside?”

Fuck Keith Harlow. “Never mind him. Where do you wanna go?”

“Aww, don’t look at me that way. Y’know why I can’t stay here.” René frowned.

“Yeah. You got mad at me for trying to split. But I didn’t. I stayed here.”

René set down his fork. “This is different. And I didn’t say for one hundred percent sure I’m moving to the ’Peg. Okay? I said I’m only considering it.”

The answer wasn’t good enough for Billy. “How’s it different?”

“Oh, man, you always got a bazillion questions.” René flopped back. He set his hands on his thighs. He glanced to the wall then back at Billy. “It’s different for me. Okay? I need to go where I can try to live as normally as I can. It’s sure not gonna happen here.”

“So that’s it? You refuse to fight for what you want?”

“It’s not a matter of fighting. Do you seriously think anyone’s gonna approve of me if they know what I really am?”

“And what about me? I’m different, too.”

Billy’s mouth fell open. He stood. “How can you say that? I will always want you. I wanted you since I was a kid. My feelings didn’t change then, so why would they now?”

Using his hands, René scrubbed his face. He let out a big breath. “Dude, you’re—”

There was a knock at the door. Billy pivoted. Shit, they must’ve spoken too loudly.

Mrs. O poked her head in the room. “It’s almost ten-thirty. I think it’s time for bed.” Her voice was gentle but firm. “René needs time to wind down and eat.”

Head hanging, Billy left the room without the answers he sought.

Don’t forget to check out the first novel in the series, Two Princes, available at Devine Destinies. 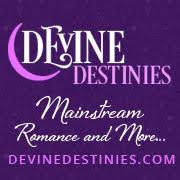