Today, author K.J. Porter is guesting at my blog.  She’s here to talk about her latest release Guarding My Six, a paranormal romance.  Don’t forget to enter the Rafflecopter giveaway.

I was once asked, “As a writer, what would you choose as your mascot/avatar/spirit animal?”

Hmmm, that is a really good question, don’t you think? As a writer, I think my “spirit animal,” would be a ZEBRA.

A zebra? Why a zebra, you ask? Zebras have a reputation of being powerfully loyal and tend to be a tad bit stubborn. Don’t let my playful sense of humor fool you, I am very dedicated to my friends, family, and ideas and ferociously protective. I am also quite determined when I set my mind to something—just ask my sister. I write in several different genres, and I love being a bit eccentric; it keeps people wondering and often makes them smile and just shake their heads at my “off the wall” ideas. I hate being limited by working inside “the box.” But there’s nothing stating that box can’t have rubber sides, now is there? I like to stretch those lines and, like the stripes of a zebra that can make predators think I’m farther away than I really am, I can be true to my inspiration and still “seem” as though I am conforming to the demands of society. Does that make any sense? Well, if not, just go with me here. Zebras are cute, playful, a little stubborn, fiercely loyal and love testing our boundaries.

So, the next time you go to the zoo, see a television show or pick up a stuffed zebra for your kid, (or in my case, for myself) just remember, we aren’t white with black stripes or black with white stripes . . . we’re just ZEBRAS and we defy categorization. 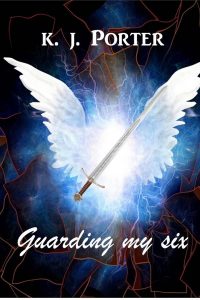 Blurb:  Wade Hamilton is an ex-Army Ranger and an accomplished tattoo artist. Now, thanks to a gift that was bestowed upon him by a grateful mother during a trip to Alaska several years ago, he is also a protector; a guardian. His gift, which he uses sparingly, allows him to infuse his art with special qualities. When a shy, young, woman and her three college roommates, walk into his studio he senses there’s something unique about Tori. After the initial interview, he comes to understand she has suffered a devastating loss and keeps her grief buried deep inside. While working on the special tattoo she’d designed herself, Wade adds a little magic to the ink that will boost her courage and, perhaps, bring a little joy and excitement to her life. And then, she and her friends walk out of his studio and out of his life.

Three months later, Wade receives a call from an old Army buddy, Matthew Miller, whose baby sister is critically injured in a hit and run. Wade wastes no time heading to Savannah, Georgia to lend his support. Never having met Matt’s family, other than a brother and their father, Wade has no idea that Victoria Miller is the same woman who has been haunting his dreams since she walked out of his studio.

As Tori fights for her life, Wade refuses to leave her side, believing it was his magic that had put her in front of the car that nearly killed her. To further complicate matters, he finds himself falling hard for Tori. Knowing that nothing good can come from developing a relationship with her, Wade is terrified that his secret will only put Tori in more danger. A secret he’s kept buried since he was thirteen; he believes his abusive, alcoholic, father beat Wade’s younger brother, Davey, so badly it caused the boy permanent brain damage. It was also the first time the “red-rage” took over Wade, leaving him with no memory of the event and put his father in the hospital.

When Tori refuses to give up on a chance for happiness with Wade, he can no longer push her away. He realizes he must confront his demons and put them to rest before they can take the next step in their relationship. But, when an unknown, and very powerful, enemy from his parents’ past catches up with him, Tori could very well become collateral damage.

“You risked your life to save a stranger, and nearly die, and you retuned to this? They are not your friends,” she informed him derisively as she picked up a chair cushion and helped him sit down.

“No shit.” He gingerly lowered himself into the seat, thankful he wasn’t hurting nearly as bad. He closed his eyes and took a deep, cleansing breath. “Look,” he told her, trying to plaster a pleasant smile on his face as he looked up into her sympathetic eyes.

“I appreciate that you came here to thank me, and you’re welcome. I don’t mean to be ungrateful, but I need to get out of here before they come back and try to finish the job those two guys who attacked your daughter started.”

“I’m Alayna Chamberlin. What is your name?” She asked politely.

“Wade. Wade Hamilton. It’s nice to meet you, Alayna.” He dragged himself to his feet again. He didn’t want to waste any more time. “If you’re ever in New Orleans, come look me up.”

“Wade. That is a nice name.” She stepped in front of him, blocking his path to the door and stood closer to him. “A strong name. I have a gift for you, Wade Hamilton.”

“That’s not necessary, Alayna. You don’t owe me anything.”

She stared into his eyes, placed her hands on his face and gave him a slow, knowing smile. His eyes focused on hers and felt his body go lax. Even the pain that wracked every fiber of him seemed to stop as he stared into their dark depths.

Kate Porter is an American writer based in South Georgia. She grew up on a small farm in central Indiana where she graduated from Owen Valley Community High School. Her first short story was published in the school newspaper when she was fifteen. Kate went on to study fiction writing at Greenville Technical College, appeared at numerous Comic Cons, book readings, author events and participated in author panels and has been featured as a guest author on a blog tour. In 2013 Kate was not only profiled in her hometown newspaper, Spencer Evening World, but she was also profiled in Woman’s Day magazine.

In 2014 Kate was the recipient of the NEW APPLE BOOK AWARD for the Mystery category for her novel, BLACK HARVEST, which also received FIVE STARS from Reader’s Favorite.  Kate’s writing credits range from poetry to short stories to full-length books and manuscripts, and screenwriting. When she isn’t writing, or percolating her newest story ideas, she and her best friends are cracking each other up with their silly puns and holding entire conversations using GIFs.