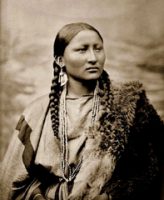 When I’m reading, I flip between fiction and non-fiction.  Fiction is what I take to bed before going to sleep.  While on my lunch hour, I prefer to delve into non-fiction.  The MMIW (missing and murdered Indigenous women) is a great problem in Canada.  To find out more, I encourage you to visit this web site.

I’ve been reading as much as I can about the MMWI and have three books recommendations for those who are interested.

Blurb (courtesy of Goodreads):  The hidden crisis of missing and murdered Indigenous women and girls in Canada is both a national tragedy and a national shame. In this ground-breaking new volume, as part of their larger efforts to draw attention to the shockingly high rates of violence against our sisters, Jennifer Brant and D. Memee Lavell-Harvard have pulled together a variety of voices from the academic realms to the grassroots and front-lines to speak on what has been identified by both the Inter-American Commission on Human Rights and the United Nations as a grave violation of the basic human rights of Aboriginal women and girls. Linking colonial practices with genocide, through their exploration of the current statistics, root causes and structural components of the issue, including conversations on policing, media and education, the contributing authors illustrate the resilience, strength, courage, and spirit of Indigenous women and girls as they struggle to survive in a society shaped by racism and sexism, patriarchy and misogyny. This book was created to honour our missing sisters, their families, their lives and their stories, with the hope that it will offer lessons to non-Indigenous allies and supporters so that we can all work together towards a nation that supports and promotes the safety and well-being of all First Nation, Métis and Inuit women and girls.

This book is packed with information and statistics.  It leans on the dry side but is a solid read.

Blurb (courtesy of Goodreads):  In 2014, the nation was rocked by the brutal violence against young Aboriginal women Loretta Saunders, Tina Fontaine and Rinelle Harper. But tragically, they were not the only Aboriginal women to suffer that year. In fact, an official report revealed that since 1980, 1,200 Canadian Aboriginal women have been murdered or have gone missing. This alarming official figure reveals a national tragedy and the systemic failure of law enforcement and of all levels of government to address the issue.

Journalist Emmanuelle Walter spent two years investigating this crisis and has crafted a moving representative account of the disappearance of two young women, Maisy Odjick and Shannon Alexander, teenagers from western Quebec, who have been missing since September 2008. Via personal testimonies, interviews, press clippings and official documents, Walter pieces together the disappearance and loss of these two young lives, revealing these young women to us through the voices of family members and witnesses.

Stolen Sisters is a moving and deeply shocking work of investigative journalism that makes the claim that not only is Canada failing its First Nations communities, but that a feminicide is taking place.

This is a deep and personal account from the families of the two missing women in the book.  I highly recommend.  The author takes you into the lives of Maisy Odjick and Shannon Alexander.

Blurb (courtesy of Goodreads):  Indigenous women and girls are more likely to suffer extreme violence than other women. They are more likely to disappear and never be seen again. And sadly, they are more likely to be murdered by a serial killer. For decades, it has been Canada’s dirty little secret. Then in 2014, the horrific murders of Loretta Saunders and Tina Fontaine made headlines across Canada, ignited widespread outrage and exposed Canada’s national shame.

So why is the level of violence towards Indigenous women reaching crisis levels? Centuries of discrimination, long term effects of the dreadful residential school era, and many other appalling government-approved practices have resulted in widespread racism towards Indigenous people. Attempts at genocide didn’t cease centuries ago like many believe. They just became more subtle.

This is another great read.  The author covers many stories in her book, along with the Highway of Tears.

There is also a picture book available, The Life of Betty Osborne by David Alexander Robertson.  I haven’t had a chance to read his work yet, but I plan to in the future.

If you’ve read any books pertaining to the MMIW, please provide the title and author.  I’d appreciate it.

One thought on “The Missing and Murdered Indigenous Women of Canada”