It is a standalone story and does not end on a cliffhanger. Characters from a previous Rocktoberfest book, Tattered Angel, do appear and feature prominently. 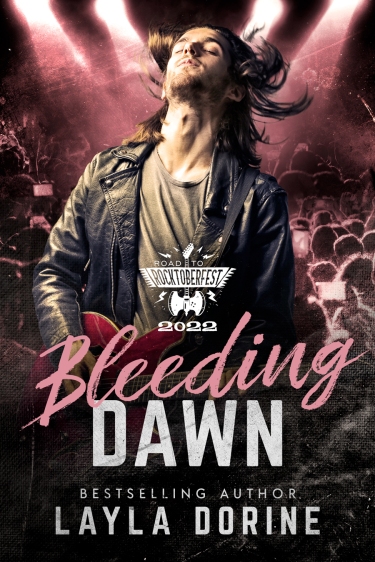 Melt into the desert, bleed into the dawn, follow the melody, the music knows the way.

Identical in appearance, twins Winter and Tripp are as different as night and day when it comes to everything but the music they’ve spent the bulk of their lifetimes composing. Now they’ve attained the fame they always hoped for, and it’s as empty and meaningless as the remains of route 66, and about as broken too. Would help if Winter could see it. Tripp’s sure he’ll lose his shit completely the next time some random groupie leaps on the hood of his car and begs to take a selfie, but to Winter, every night is a party, he lives for the crazy hookups, lives for the crazy, period.

Another place they differ.

Tripp would kill for one season to slow down. Just three months where he and Zakk could melt into obscurity and be whomever they wanted, together. Only Zakk’s band, Tattered Angel, is on fire too and it’s starting to seem like the music he’s always loved is hell-bent on keeping him from exploring love of a different kind. Last year’s Rocktoberfest was an amazing triumph, this year, it’s starting to feel like the road to the desert is burning him alive.

Would be so easy to slip off across the sand, melt into a dune on the back of some strange, psychedelic serpent, never to be heard from again. If only there was a way to ensure Zakk took that last ride with him.

Bleeding Dawn is part of the multi-author The Road to Rocktoberfest 2022 series. Each book can be read as a standalone, but why not read them all and see who hits the stage next? Hot rockstars and the men who love them, what more could you ask for? Kick back, load up your kindle and enjoy the men of Rocktoberfest!

“Okay, I’m sitting, my supper will apparently have to remain raw a little longer.”

“It better be, I skipped breakfast.”

“So nibble a graham cracker and open your ears. Don’t try telling me you don’t have any when Winter said you have s’mores at least three times a week when you’re home.”

Huffing, Tripp yanked the drawer open and snatched the package from inside.

“Thank you. Now, they need small shows, we need some soft runs on the new material, so I was thinking…”

“No, hell no. Fuck you for even thinking we should go back on the road again. I just got a new couch. We haven’t even broken it in yet. Not a single divot.”

“Thought that’s what you and Winter would be writing the new songs on.”

“We have, doesn’t mean we’ve made a suitable imprint yet.”

“Okay, guess we’ll put off working the kinks out. Too bad. Jesse suggested we invite Riley and his crew to give them a chance to work on their new material. I hear Dez and Zakk have almost two albums worth of material. It’s a good idea, if you ask me. Oh, and get this, Saint’s Seduction reached out to Dez, again, and tried to get him to come back and play for them. The way I heard it; he never took the call. James gave them the flat ‘no’ Dez had conveyed to him the previous time and hung up on them.”

“Can’t say I blame them, the guy is talented.”

“If you think so, why do you two end up foaming at the mouth every time you’re in proximity to one another? I can practically hear you snarling from across the room.”

Tripp sighed, ‘cause he’d asked himself that for a couple of months now and what he kept coming back to was a relationship he didn’t know what to do with.

Not of anything musical when it came to Dez’s ability and experience, but of the man himself and the time he spent with Zakk. Even the knowledge that Dez was dating Riley didn’t dull the possessiveness he felt towards a man he was barely lucky enough to see six times a year.

Something clicked in his brain, along with a voice telling him to stay the fuck outta his own way before he fucked things up, again.

“Are you saying it would be us, Tattered Angel and Wild Child?” Tripp asked, excitement beginning to surge through him.

“And who the hell would book that insanity?”

“James and Russ are raring to be unleashed on the project, but there are a few hiccups to iron out.

“We’ll rotate, everyone should be good with that.”

“Band members are, a few of the venues are not.”

Why did it sound like he was chewing? He’d better not be eating anything good after the way this conversation had derailed Tripp’s meal.

“Hey, did you hear what I said about the venues?”

Tripp pulled the phone away from his ear, scowling at it for several seconds before warily drawing it close again. “My ears were working just fine until you bellowed in them!”

“Then pay attention, damn. Now, what do we do about the venues.”

Grumbling beneath his breath, Tripp tried to figure out why he was being asked to problem-solve for an issue he wasn’t completely on board with being a part of yet. Still. It would provide plenty of opportunities to spend time with Zakk. “Okay, so, we give them what they want and schedule the rest of the rotations around it.”

“Good idea on the surface, but when you see the emails I sent you about the locations, you’ll see why the issue came up.”

“Besides the animosity between you and Dez?”

LAYLA DORINE lives among the sprawling prairies of Midwestern America, in a house with more cats than people. She loves hiking, fishing, swimming, martial arts, camping out, photography, cooking, and dabbling with several artistic mediums. In addition, she loves to travel and visit museums, historic, and haunted places.

Layla got hooked on writing as a child and she hasn’t stopped writing since. Hard times, troubled times, the lives of her characters are never easy, but then what life is? The story is in the struggle, the journey, the triumphs and the falls. She writes about artists, musicians, loners, drifters, dreamers, hippies, bikers, truckers, hunters and all the other folks that she’s met and fallen in love with over the years. Sometimes she writes urban romance and sometimes its aliens crash landing near a roadside bar. When she isn’t writing, or wandering somewhere outdoors, she can often be found curled up with a good book and a kitty on her lap.

Enter the Rafflecopter Giveaway for a chance to win one of 5 ebook copies of Tattered Angel. 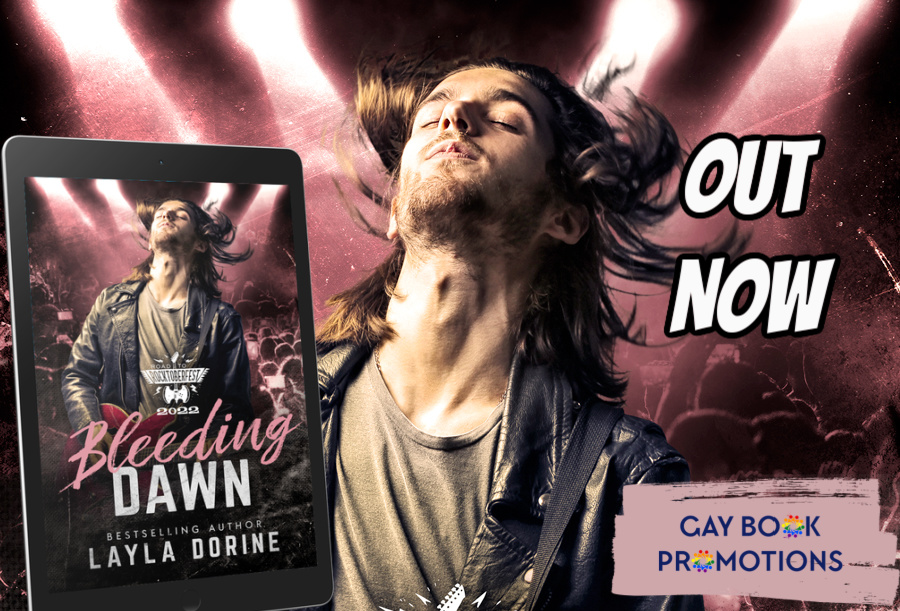