Isabella is a shapeshifter without a Pack.

Blurb:  Torn from her home and forced to live with her human father, Isa has become the one thing every shifter dreads.

A lone wolf in an unknown territory.

If she wants to survive the year, she’ll need to keep her head down.

Which is easier said than done when, on her first day in town, she catches the attention of Rafael Castillo—Hellbound High’s Alpha Heir. He’s hot as hell but runs cold as ice. And more important, he’s determined to make Isa’s life hell.

But if she thought the local wolves were all she needed to worry about, she’s in for a rude awakening when she realizes being a lone wolf doesn’t just make her an outcast.

It makes her fair game.

This full-length novel is a standalone dark and gritty, enemies to lovers, paranormal romance. It contains no cheating, no cliffhanger, and your happily ever after is guaranteed!

**Wicked Wolves and Tangled Truths was originally published as a contemporary romance novel and has been re-imaged at the request of Daniela’s paranormal readers.**

“This book is captivating. I started reading and could not stop.” ★★★★★ —Kindle Reader

This is her shot at a free pass.

Blurb:  Joaninha is leaving town first thing in the morning and wants one night to break the rules. A party and a hot night with a sexy stranger sound like the perfect way to kiss El Paso, Texas goodbye.

But Jo gets more than she bargained for when the sexy stranger she spends the night with is one of Hellhound’s Highs infamous wolves, and he gives her a going away present she can never forget.

Eighteen months later, life throws her another curveball and Jo and her mystery wolf cross paths, only this time, she has a secret.

One that will change both of their lives for better or worse.

Desmond Pierce is a wolf above Alpha’s, and officially off limits.

Blurb:  If coming from different clans wasn’t reason enough for Meiying to stay away from him, his connection to her brother is but ignoring the wolf is impossible when every time they’re in the same room, he needles his way under her skin, demanding her attention.

She hates him. And he hates her.

But as tensions rise between the two, so does their chemistry, and eventually Meiying will have to decide if hate is all she feels for the infuriating wolf, or if there is something more.

Cruel Wolves & Devious Deceptions is a STEAMY New Adult Paranormal Romance. You do not need to read earlier books in the series to enjoy it though, it is intended for mature audiences 17+ Please Read Responsibly.

She doesn’t look at me the rest of the weekend. I should have expected this. Calculated the risk. I know she’s not some meek little submissive wolf, no matter that she sometimes pretends to be. She’s punishing me for leaving her hanging and it’s fucking working. What was supposed to be a punishment for her, a reminder of who the fuck was in charge here, ended up backfiring on me and now I’m watching her like some lovesick dog without his bone.

I keep forgetting she isn’t like the rest of the girls here at Hellbound High. She doesn’t give two shits who I am and she’s making that abundantly clear. She sticks close to Liu all day Saturday, leaving me little room to swoop in and take her. Not unless I want to make a big show of it, and yeah, that’s not happening. So, I’m left to stew as she laughs with the motherfucker, drinks with him, lets him touch her. It’s not romantic. At least I don’t think it is for her. But every time that asshole throws an arm around her shoulders, my wolf rakes his claws beneath my skin and I want to pummel his face in.

Isa Romero is mine. Mine to fuck. Mine to hurt. Mine to soothe, should I decide to. I’m itching to touch her and it’s doing things to my head I don’t like. My wolf is agitated and I’ve never been so close to losing control of him the way I am now.

“Rafe, what’s your deal, man?” Des asks as I brood on the cabin porch sipping on a glass of water. “I figured you’d fuck the girl out of your system and walk away. What gives?”

I grunt. “Maybe I just want a few more fucks before I move along.”

Before I finish the sentence, he’s already shaking his head. “Nah. I’ve seen you with girls. This one is different. I get the whole mind-games shit you like to pull with chicks, but even that’s different with her. You cooked last night, and don’t try and bullshit me into believing that was for me or Jordy. You did that for her. Why?”

Jordy interrupts, stepping outside, still rocking that stupid bright-ass bikini over his sweatpants. “I like Isa. Can we keep her?”

Des and I both jerk our heads toward him. “What?” I ask, surprise coloring my voice.

“She’s not a puppy,” Des chides, but his brows furrow like he’s wondering the same thing.

Jordy rolls his eyes. “Hello, I just said because I like her. She’s a badass she-wolf. Are you even paying attention? What is up with you today, man?”

I turn to Des but all he does is shrug and raise a brow as if to say, don’t ask me. Some help he is. I don’t get this side of Jordy. Sure, the guy’s nice to pretty much everyone, but only at face value. He doesn’t actually like people. I don’t even think he cares for Des or I all that much and we’re his best fucking friends.

“What happened to you two fuckers saying I needed to focus on Pack business?”

“I changed my mind. I wanna keep her. If you’re not into her anymore now that you’ve had your fun just say the word. I don’t mind sloppy seconds. Based on the sounds I heard coming from your room last night, that girl is well worth the trouble.”

I stand and take a menacing step toward my best friend, my skin ripples with the urge to shift and I’m two seconds from nailing the asshole in the face with my fist when Des steps between us. “What are you planning here?”

“To wipe that smug look off his face.” I point my water bottle right at Jordy and the fucker smiles at me.

Des shakes his head. “Not with numb nuts over there. What are you planning with Isa?”

My jaw tightens and I glare at him. “I don’t have any plans,” I bite out, “Why the fuck are you two down my throat about her all of a sudden?”

“I’m aware she isn’t like other chicks. But no, she isn’t one of us. If she was, she’d be over here kissing my boots instead of playing around with Liu all goddamn day. What do you want from me?”

Jordy shoves himself between the two of us and flicks his gaze back and forth. “He wants you to lay out your intentions, Rafe. We both do.” And for once the dude has a serious expression on his face.

I glower. “Why the hell are you two so goddamn interested in who I fuck all of a sudden?”

Des grunts. “Because Jordy is right. We like her. Neither of us wants you to fuck things up for us.”

My mouth drops open. “For us?”

Jordy nods and smacks me in the chest light-heartedly. “Yeah, fucker. For us. Like I said, we like her. She fits in with our crew. She doesn’t see a path to power when she looks at any of us like every other chick in this town. We could use a feminine touch up in here. Too much testosterone with you two jackasses all the time if you ask me, and your dick is going to fuck that up so this is us telling you not to do that. Lo entiendes?” Do you understand? Was he fucking with me right now? “Say whatever you need to say to her. You fucked something up this morning or she wouldn’t be hanging with that ass wipe and you wouldn’t be over here brooding.”

My jaw clenches. “This isn’t how things roll with us.” There’s a bite in my tone I usually reserve for everyone but the two people beside me. Desmond and Jordy are like brothers. They’re family. But I don’t take orders from anyone except my Alpha and I don’t have to explain myself to them.

Jordy meets my stare and his eyes narrow, sparking with something I’m not used to seeing in his gaze. “She’s the relationship type.”

I work my jaw harder. “And this matters to you because…”

“Never claimed I was,” I remind him. And then I add in for good measure, “She laid her cards out first. She wants fun. No strings. Don’t jump down my throat for giving the girl exactly what she asked for.”

Both their expressions consider me for a moment, searching for any deception. Then Des asks, “She really said that?” He doesn’t sound convinced and his nostrils flare, trying to catch me in a lie.

“Fine, let’s assume we buy that. What’d you do to piss her off?”

My shoulders sag and I grit my teeth.

“Come on, fucker. Spill.” Jordy says, all but bouncing beside me. The guy is wired this morning. I need to remember to hide the coffee from him. He must have consumed a full pot.

I huff out a breath. “And I withheld her orgasm when she refused to beg for it.”

Desmond whistles and Jordy whoops, then says, “I always knew you were a shady asshole with control issues but fuck, man, that’s cold. And let me guess, you still got yours?”

I nod grinding my teeth together. “My wolf wants her submission.”

Jordy cackles, covering his mouth as he folds over at the waist before he straightens. There are tears of laughter shining in his eyes. “And your human self was too far gone to deny it. Idiot. If you want inside that pussy anytime soon, expect to do some groveling.”

Daniela Romero is a USA Today and Wall Street Journal bestselling author. She enjoys writing steamy, new-adult and paranormal romance that delivers an emotional roller coaster sure to take your breath away.

Her books feature a diverse cast of characters with rich and vibrant cultures in an effort to effectively portray the world we all live in. One that is so beautifully colorful.

Daniela is a Bay Area native though she currently lives in Washington State with her sarcastic husband and their three tiny terrors.

In her free time, Daniela enjoys frequent naps, binge reading her favorite romance books, and is known to crochet while watching television because her ADHD brain can never do just one thing at a time.

Stop by her website to find all the fun and unique ways you can stalk her. And while you’re there you can check out some free bonus scenes from your favorite books, learn about her Patreon, order signed copies of her books, and swoon over her gorgeous alternative cover editions. 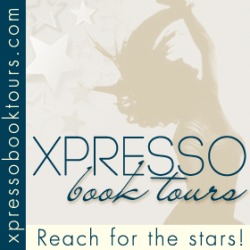