It is a standalone story and does not end on a cliffhanger. 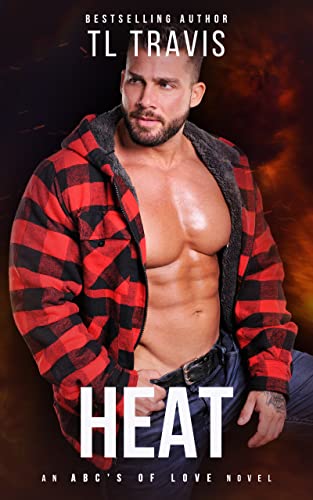 Can two opposites in forced proximity learn to play nicely or will one wind up in an iron grave?

What do you get when you throw a burly blacksmith and the town’s poster child for clumsiness together?

A whole lot of swearing and a threatening use of duct tape.

And the need to construct a sign that reads, “DO NOT LET CAMPBELL NEAR THE FORGE!”

Alabaster Falls’ local blacksmith, Daughtry Blackburn, was satisfied with his reclusive status. He had iron to bend and orders to fill but he knew he needed something to take the business to the next level. His father had fought taking their business into the twenty-first century, but since he’d passed, it was up to Daughtry to keep things forward moving and he knew there was no way to do so without being on the World Wide Web. Metalworking, he got. Computers, not so much.

Campbell Jenkins was desperate to be accepted by his peers in the little town he’d called home since birth. Problem was, he was accident-prone. Not just in the sense of an occasional break here or there, but in a can’t walk by glass without it shattering – even when it seemed he was a mile away type of thing. No matter how hard he tried to fit in, this curse led to failure. Forced to stay stuck inside the walls of the home his grandmother left him, he spent his time learning all he could about computers and social media. His online friends never cast him aside—too bad the real world wasn’t as kind.

When he answers an ad in the local paper for online marketing assistance, he wasn’t sure what to expect. Least of all, the brawny man answering the door to a log cabin that had seen better days.

Nothing makes me happier.

Then why am I so danged frustrated?

I slammed the hammer down on the flaming red piece of steel I’d just pulled from the forge, and laid across the anvil, and tirelessly pounded on it. Another horseshoe, I could make the damn things in my sleep. The sound of metal striking metal echoed through the shop. I get lost in my work for hours on end, just as my pops had, just as my granddad before him had too. Blackburn Iron Works had been in the family for generations. We were born to forge. You can spot our work from Alabaster Falls, Virginia to North Dakota. Folks come from far and wide to purchase our wares. How they heard about it is all word of mouth though that’s something I’m aiming to change. Just need to find the right internet guru to get it up and running for me.

Back to my current predicament. Lately, I’ve found myself wound up tighter than a skeeter in a bug zapper. I don’t know what my deal was. Only thing that came to mind was my thirtieth birthday was nearing, not that it matters much, but the restlessness was becoming harder to ignore. I never was one to celebrate. I’ve got a lot of acquaintances but not many friends so nowhere to go, no one to go be with. I ain’t never been one for bars and I don’t date. Never done much of anything outside of mold metal into what I wanted it to be. Yeah, I need to get out more.

Shortly after I was born, my momma up and took off. Told Pops this wasn’t the life she wanted for herself, and she was tired of being trapped in this godforsaken town. I never saw Alabaster like that, not sure why she did. Folks are plenty nice ‘round here. Pops was heartbroken though, loved her more than life itself. Well, not more than he loved me, but that’s a different kind of love. He called me his pride and joy, the best thing that ever happened to him. Pops and I, we were close. That’s why when he had that heart attack that took him a couple of years back, I was pretty broken up over it, still am if truth be told.

I tossed the horseshoe into the finished pile for Mr. Parker and buried myself in the orders I had for a couple of gates for a local cattle rancher which would be easy to finish in no time. Just kept busy and pushed through whatever this was going on with me. I’ve done some ornate work here and there down at City Hall, made a new balustrade to line the entry steps. Most of the stuff I make on the side, locals call it my fancy stuff, is just collecting dust in Pops’ old office. Folks around here in Alabaster Falls are pretty simple, and I like it that way but they don’t do ‘fancy’. Nobody gets in my business, well, outside of trying to find me a wife. I hear the rumor mill, so I know what’s going on around town and it seems everybody’s focus was on lining up willing females for me. As long as I don’t make any waves, ain’t nobody gonna send any my way or at least that’s how it’s been, and I hope it stays that way.

In her spare time, when she’s not weaving steamy webs, she enjoys spending time with her family, fishing, wine tasting and people watching. Everyone has a story to tell, half the fun is dreaming up with what it is.

TL’s surrounded by her 4-legged rescue family, her sons and adorable grandkids.

She will continue saving furry friends in need for as long as she breathes. Tl would like to remind you to “Adopt, not shop.” Saving that lost soul may very well save yours.