For this week’s edition of Book Hooks, I give you a teaser from my upcoming release His Proposition. 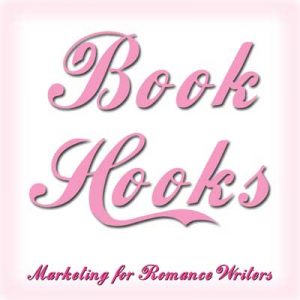 Her biggest dream’s offered on a platter, but the clincher is, she has to marry a perfect stranger.

Blurb:  When her employer offers the no-nonsense Shannon Nadjiwon the position of chauffeuring Séamus Daugherty, she jumps at the chance.  To work for one of Toronto’s most powerful families means she can make her biggest dream of owning a fleet of limos come true, something her female relations tooling away at her Ojibway community want badly for her, and she won’t let them down.

His reckless need for speed cost Séamus Daugherty his license. If he doesn’t marry, as demanded by his overbearing father, he will not only lose his lucrative job with the family business —the only positive aspect in Séamus’ gilded cage life—but everything Daugherty.

The unpretentious and gorgeous Shannon will make the perfect bride, and Séamus is ready to strike a deal with her.  One that will ensure he keeps everything he holds dear if she puts a wedding ring on her finger. However, they face three big obstacles: His family, her family, and a marriage neither truly wants, leaving both wondering if the sizzling sexual chemistry and cozy rapport they share is enough to grasp a happily ever after.

Shannon could offer a flirty rebuttal, but she swallowed the temptation on her tongue. At twenty-eight, she was pushing thirty, the deadline she’d given herself to finally own at least one limo. Plus, being a trust-fund baby, who’d been given the position of Director of Marketing by his rich father, Séamus was no doubt like the other wealthy clients who enjoyed a taste of the help, but only a taste.

No roll in the hay was worth her dream. And there was something that sat wrong in her stomach at the thought of an office romance. Too unprofessional. She needed to earn the utmost praise from Séamus’ father to secure future clients if her own private business was to succeed.

Shannon guided them off Bayview Avenue and merged them onto the Don Valley Parkway. Traffic was up to speed here, having avoided the single lane jam. They’d be downtown in no time.

“Where do you reside exactly?”

Shannon stiffened. She never gave out her place of residence to clients. “Downtown.”’

“Yes, but where exactly? Downtown’s a big place.”

“How do you manage? Living downtown isn’t cheap.”

Heat flooded Shannon’s face. What a personal question. “I own a townhouse with two friends.”

“A townhouse?” The arching of an eyebrow had returned to his tone. “You’ve done well for yourself. You and your friends. What do they do exactly?”

“One is an electrician and the other is a tow truck driver.”

“An electrician? A tow truck driver? Such interesting professions you and your friends have.”

“The pay could be better. It’s why we bought a house together last year. We were tired of handing over cash for rent. And we wanted a pet.”

“I see. Hmm…I guess you’ll have to bring your cat along to your new residence.”

“I’d like to. Keemooch is aptly named, though. He’s around five or six the shelter told me. He still hasn’t outgrown his kittenish behavior.”

“What an interesting name. Is it Ojibway, too?”

“Ah, I see. Very interesting. I look forward to meeting him.”

Shannon stiffened. “You want to meet my cat?”

“Of course. We’re going to spend a lot of time together. It’s best we get to know one another. I have a very active business and social life. We’ll be in this car an awful lot. I must say, you are a true pro.” In the rearview mirror, he was glancing at his watch, no doubt worth ten grand. “Excellent timing.”

She had turned off onto Bay Street where a mecca of skyscrapers welcomed them to the downtown core of business and prestige.

“You got me here faster than I normally do.”

She pulled over in front of the TD Trust Tower. Just as she was about to throw the car into park and vacate the vehicle, his words stopped her.

“No need to attend me. I’m perfectly capable of opening my own door. You can fetch me at five o’clock sharp. While I’m here, you can spend the day moving your belongings to the guest house. I’ll call ahead and tell Ellen to expect you. She’s our housekeeper.” With that, he bounded out of the vehicle, designer sunglasses on and all. His briefcase swung in movement with his confident stride.

Shannon had been given orders. She would return to the townhouse, call her friends at their workplaces to let them know of her new accommodations for the next six months, and then begin packing.

4 thoughts on “#MFRWHook – You’re Moving in with Me”