Today, I have author C.R. Moss in the interview chair.  She’s here to talk about her latest release To Be His, part of the Gateway Ranch series, a romantic suspense.  Don’t forget to enter the Rafflecopter giveaway.

1. What genre do you write and why?

2. What made you become a writer and how did you get your start?

C.R. Moss: For a very brief period of time, I had ideas of becoming a teacher or an astronaut. Both occurred before the age of ten. But for the most part, I knew I wanted to write at a young age, as early as I learned to read. I was always cooking up stories to entertain myself in the rural area I lived in. Had to since there were no other kids around to play with. My defining moment came when I received an A in English in grade school. I was just shy of being a teenager when I had my ‘calling.’ Ever since then, most of my choices in life have revolved around my goal of becoming a full-time fiction writer and being published.

Upon my ‘calling’ I wrote a story for a magazine. It’d been rejected, but that was my start. After that, I began studying the craft of writing. It started with working on the school newspaper in middle school to creative writing classes and Teens Art Festivals in high school. I received a BA in Communications, Information and Library Studies from Rutgers College with a strong concentration in English Lit/Writing and Interpersonal Communications/PR. Studying under the mentorship of Terri Valentine (author of ‘Sands of Time,’ a Zebra Historical Romance), I honed my novel writing skills. In the mid to late 2000s, I finally put my foot down, got over my nerves and took the plunge into submitting stories to publishers. I’ve been published since 2008.

3. What have you found to be the most challenging when it comes to writing?

In publishing – sometimes all the promotion an author has to do.

Worst: I had some questionable critiques early on in my career that I feel steered me in the wrong direction. But as for ‘advice’ advice, I can’t really think of anything. Since the bad critiques, I’ve always taken into consideration what someone has said and taken what I can from it—if anything—and leave the rest if I really don’t feel it fits me.

5. What has been your most rewarding experience since becoming a published author?

There are a number of them. I can be my own boss and set my own hours. If I want to work during the day I can. If I want to work late at night into the wee hours of the morning I can. I can work in my jammies and not have to worry about a bad hair day! I’ve been able to travel a bit more and meet some great people. I also enjoy giving a helping hand to other writers and seeing their dreams come to fruition. It’s also been pretty cool meeting people who are excited about meeting me and who say they’ve enjoyed my stories. 🙂

A Gateway Ranch Story: Nestled within the hills of central Texas is a special ranch. A place that defies the laws of physics—that of time, space, and dimensions. It’s a place where normal morphs with the paranormal and supernatural. A place that seems to know what a person’s true desires and needs are, and then allows the right circumstances to occur to fulfill those wishes.

Welcome to the Gateway Ranch.

Your gateway to all things possible…

Blurb:  I’m Professor Arianna Perez, and I’ve been asked if I’ll ever trust, let alone love, another man again. After dumping an abusive boyfriend, I doubted I would. At least, that’s how I felt until fate had sexy wrangler, Gavin Bishop, reappearing in my life in a way I never expected.

Against my better judgement, I fell hard for the cowboy, believing everything he said, including how he wanted to treat me like a queen and keep me safe. Little did I know, though, that the circumstances that brought us together could also tear us apart…
And possibly claim my life.

I put down the peas, filled him in on the call, how Chad had found me in the hall, and what we’d discussed. “I don’t know what he meant about you ruining his business. How can a wrangler ruin a hotel concierge? I don’t even know how he knew I’d started seeing you.”

Gavin shrugged. “Got me.”

“I’m so glad you showed up when you did.”

“So am I.” He put his arm around me and gave my shoulders a squeeze. “I’m serious when I’d said that I’ll do what’s in my power to keep you safe.”

His face drew near to mine as if leaning in for a kiss. Anticipation coiled within me. But then he tilted his head and planted his lips on my forehead. Disappointment shoved the eagerness aside.

He stood. “I should get going. Let you rest.”

I didn’t like the pit forming in my stomach with the thought of him leaving and me being alone. It almost felt like I was being abandoned. Reaching out, I grasped his hand. “Don’t go. I’d like you to stay. That is, if you don’t have somewhere you need to be.”

“Nope. The rest of my day and evening are open.”

“Good.” I yanked on his hand to bring him back down onto the couch, and I planted my lips on his.

Gavin kissed me in return, but all too soon he pulled away. “Ari, I’m not sure this is a good idea. I don’t want to be an emotional crutch, a rebound guy, or a tool in some kind of revenge maneuver. If we’re going to be together, I don’t want it to be in Chad’s shadow.”

Shifting and looking straight ahead, I sighed. “I understand, but really, I had…have…none of that in mind. My attraction to you is solely based on—” A knock at my front door interrupted my little speech. “Mierda. Talk about bad timing.”

I watched him walk across the room into the small foyer and open the door, leaving the security screen door closed and locked. The voices were muffled until one boomed and seemed to project into the house.

“I don’t know who the fuck you think you are, but you’re going to let me in now,” Chad yelled. “I want to see my girl. I want to see Arianna.” 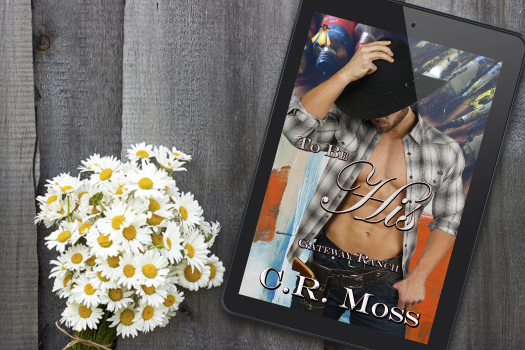 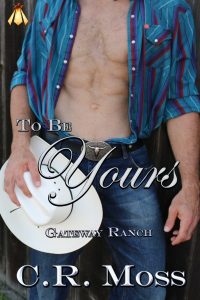 Blurb:  Katrina Foster has survived a life no one dreams about and most don’t want to know about. Escaping to a ranch in Texas she used to visit during the summers of her childhood and rekindling an old relationship with Dakota Remington, she hopes to leave the nightmare of her past behind her. At first, all seems well, but when strange things begin to happen, she wonders if history’s about to repeat itself.

Dakota Remington has devoted his life to working at Gateway Ranch. He’s excited when Kat, his former sweetheart, returns and looks forward to reuniting with her. He finds she’s changed, though, and he’s not sure if it’s for the better. But he’s up for the challenge of the puzzle that is Kat.

The hard composite of her firearm shifted against her lower back.

Well, if push comes to shove, I can protect myself. I’ll shoot the bastard if he shows up and tries anything.

Eventually, her nerves calmed enough so she could move without feeling ill.

She rose and stripped out of her clothes, put her weapon on the counter, then stepped into the shower. The hard and hot spray beat on her, helping her to feel something other than worry about potential rumors or her ex finding her. Kat bowed her head, placed her hands above the faucets. The water sluiced down her hair, cascaded in wide streams over her back. More time passed. Relaxed and clear headed, she finished her shower and was about to open the door when a thud and click sounded on the other side.

Gripping the towel wrapped around her body, she snatched her weapon, opened the door, and cautiously looked out into the room.

Dakota lounged on the bed, one leg bent, his hat propped on that leg’s knee. His hair stuck up in clumpy spikes. He ran a dirty hand through his dark brown locks.

Kat released a pent-up breath, lowered her weapon, and placed the Glock on a counter next to the bathroom door. “How’d you get in here?”

Tired eyes gazed at her. “I’m manager on duty while the Taggerts are away, ’member? Got a bunch of master keys.” Dak held up the ring of them. “You okay? When you didn’t come back, I got worried.”

“I’m fine. I think the humidity got to me. Along with the dirt.”

“Sure. The humidity. You tell me that you’re afraid a man is going to come after you, or rather us. We hear about the vehicle. You turn white as one of our ghosts and run off. Who was in the car, Kat?”

“Hell if I know. I’ve been with you all day. I didn’t see the fancy black car or who was in it.”

Dakota flung himself off the bed and slammed the hat on his head. “Get dressed. You’ll come with me while I get cleaned up then we’ll go hang out in the rec hall.”

“You know what, Dak? I appreciate the Boy Scout approach, and how you’re trying to get a merit badge for babysitting, but all I want is to lie down and take a nap.”

“Kat, please. I’m hot, dirty, and tired. I don’t want to argue.” He strode to the door. “Get dressed so we can get going.” His gaze flashed darkly, roamed over her with an appraising glance. A slow grin tipped up the corner of his lips.

An eccentric and eclectic writer, C.R. Moss pens stories for the mainstream and erotic romance markets, giving readers a choice of sweet, savory or spicy reads, usually within a sub-genre or two — paranormal, sci-fi/fantasy, time travel, or western flare. She also has a passion for penning dark fiction. Writing as Casey Moss, she delves into the darker aspects of life in her work, sometimes basing the stories on reality, sometimes on myth. No matter the path, her stories will take you on a journey from the lighthearted paranormal to dark things unspeakable. What waits around the corner? Come explore… www.caseymscorner.com